6 Easy Blues Songs on Guitar That Are Ideal for Beginners 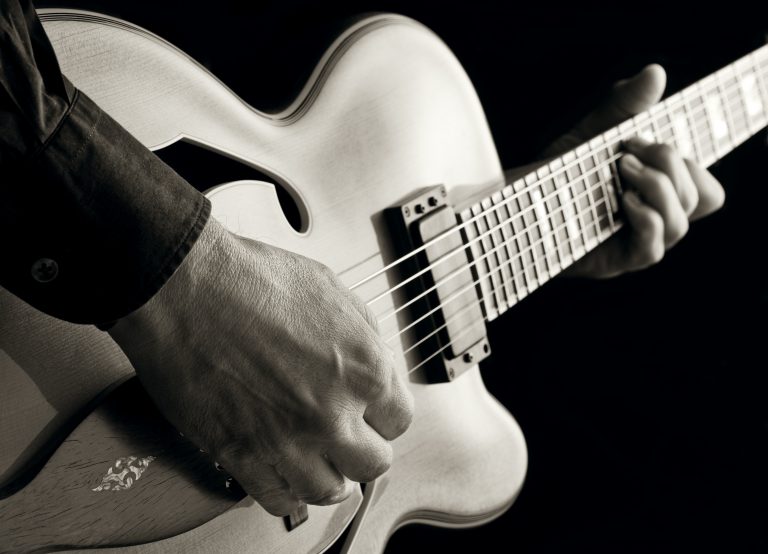 If you’ve ever listened to blues music then you will know it’s all about emotion. There are so many songs that have lasted for many decades thanks to the traditions that blues players use. Whether you use an electric or acoustic guitar, there are plenty of acoustic guitars for blues out there that can make you sound like a pro.

We’ve put together a list of easy blues guitar songs for beginners that are classics so that you can understand exactly how this music works. Newbies to this genre have to understand that these songs are driven by emotion and adding your own feelings into playing will make you sound so much better.

This list is ideal for any beginner who is just starting out with this genre of music. You can also use these songs if you want to brush up on all genres of music to add blues songs into your repertoire. Each song we have chosen will help you learn the basic techniques used in blues music as well as riffs, all included in classic blues songs. Let’s get started.

We’re starting off with this song from John Lee Hooker because it’s the perfect blend between classic blues and the more modern music. This song was once called Hooker’s greatest song and this is probably due to the rhythmic strumming and powerful riffs used throughout. John Lee Hooker was the original pioneer of using an electric guitar to play Delta blues. This paved the way for other blues musicians such as Stevie Ray Vaughan who went on to evolve the entire world of blue by fusing it with the hard rock genre.

Considering we’ve just mentioned Stevie Ray Vaughan we thought why not feature him next in our easy blues guitar songs for beginners list. This song was actually a cover of Buddy Guy’s blues take of Mary Had a Little Lamb. It really gave the traditional nursery rhyme a bit more of a hard rock edge. Blues ain’t for kids folks! You’ll see various techniques in the song which include pull offs and hammer ons which are methods used mostly in rock songs. However, the fingerpicking style of this number is all about the blues.

There has always been three people who are considered the Kings of blues – Albert King, B.B. King and Freddie King. In this song, you can hear Freddie’s really unique style which is different from other southern styles at the time the piece was written. Instead of going the traditional Delta blues route that many musicians did at the time, Freddie decided to take the blues styles from Texas and Chicago and blend them together so the feel and tone were altogether different. The song actually has a very famous cover by Eric Clapton thanks to the brilliance of the guitar. This one is a really up-tempo song that will get your fingers working on those strings thanks to the crisp riffs and a more advanced strumming pattern.

We’ve gone with more of a standard piece for this entry on our easy blues guitar songs for beginners list. This song was recorded back in 1940 by a musician named Tampa Red. Elmore James went on to provide some of the lyrics which are so popular today. Even though the song was released in 1940 it didn’t hit the charts until 1957 which was surprising for such a great song. The song was then re-recorded in the 60s and it was this time that James realized he had a smash hit on his hands. Once again, Eric Clapton saw the genius behind this song and went on to make a famous cover of it.

In this version of the song, you’ll only be dealing with three chords made up of A, D and E. However, you will have two types of chord for each one, a fifth and sixth version which will help you ramp up your guitar playing skills.

It Hurts Me Too Guitar Tab

Buddy Guy was an artist that started out making very limited recordings throughout the 80s. When he made a comeback in 1991 he came out with Damn Right I’ve Got the Blues which was one of the tracks off his album. The song is very much a modern classic in terms of style and this is what makes it great for beginners to blues guitar. You’ll be using three chords for A minor, E minor and D minor. You will also learn the technique of hammer-ons which is a crucial skill to have in both blues and rock guitar styles.

Bo Diddley was one of the main artists credited with bringing blues music into mainstream society. He did this by mixing blues with both pop and rockabilly rhythms which made the music a lot more accessible for many people. Here you will be combining both slide guitar while strumming the bass notes. These are both essential skills for any guitarist to learn so make sure you practice them until you have them right.

We hope you enjoyed our list of easy blues songs that are ideal for beginner guitar players. If there are any songs you think we’ve missed that you think other beginners will benefit from then feel free to leave us a comment below.