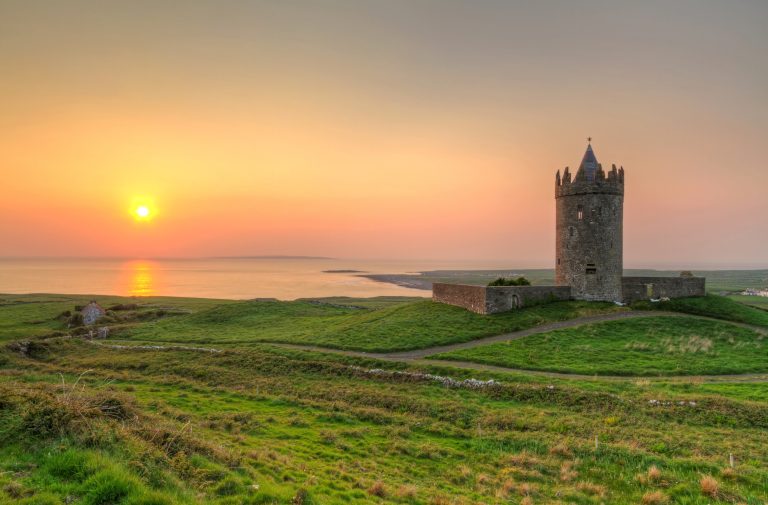 Irish songs are often upbeat and fun, and make a great song choice for St Patrick’s day. With the luck of the Irish on your side, you’ll find both male and female songs on guitar in our extensive list of Irish songs that are easy to play.

Lovers of Irish folk songs will find a lot of their favorites listed in our guide. We feature each song with a video tutorial of how you can play it on your guitar. Not many Irish songs are played on the guitar, but these ones translate well which is why we’ve included them on our song page. Happy jigging!

Irish music is all about traditions and nothing is more traditional than Molly Malone. Being the ultimate sing-along song for the Irish nation, this song hails from Dublin. While the exact date of its writing is unknown, it is estimated to have been sometime in the late nineteenth century.

The lyrics for the song depict a fishmonger from Dublin who allegedly sold more than just mussels and cockles. Over the years the song has become an anthem for many people. It speaks to the traditions of the city where street sellers have traded their wares for over a thousand years when the city was established.

The song is now so famous that Molly has her own statue in Dublin city centre, located on Suffolk Street. If you ever find yourself in Ireland, her status is definitely worth a visit.

2. The Fields of Athenry

While this isn’t Ireland’s national anthem, it is often heralded as such because it’s definitely one of the most famous Irish songs to ever have been written. The artists was Pete St John and he brilliantly captured the tragic circumstances of the Great Famine and how the Irish spirit shone through.

If you are wondering where Athenry is, it’s actually in Galway which is another famous city in Ireland. Whenever a major sporting event happens for the Irish then this song will be heard from stadiums and pubs near and far to celebrate the national spirit. For example, in the 2012 European soccer championships, the Irish team was losing badly. Thousands of fans began to sing The Fields of Athenry and the atmosphere was incredible.

Here is an Irish folk song that has truly stood the test of time. Recently covered by famous singer-songwriter Ed Sheeran, Wild Mountain Thyme was written in the late eighteenth century. A modern version of the song was recorded by the McPeake family in the 60s. It’s been enormously popular in Irish music ever since.

For those who want a bit of romance from their Irish folk songs, Raglan Road is the way to go. The poet Patrick Kavanagh wrote the lyrics, taking inspiration from his relationship with Hilda Moriarty.

Luke Kelly then met Kavanagh in, of course, a bar in Dublin (could that get any more Irish?). Kelly is one of the greatest singers in Ireland, and he set the poem that Kavanagh wrote to the traditional Irish song called The Dawning of the Day.

The way this song resonates is still relevant to this day. There have been a lot of other artists who have covered the song but Kelly’s rendition remains the most definitive one. As the traditional Irish saying goes, it could bring a tear to a glass eye.

The Auld Triangle is a song that appeared first in a play called The Quare Fellow by Brendan Behan. Many say that Behan wrote the song but this has never been clarified.

The song is about what life was like inside of a prison. Behan had experience of this first-hand because he was involved in the IRA and spent time inside the Mountjoy prison. Interestingly the musical spirit runs in his family, as his uncle wrote the Irish national anthem titled The Soldier Song. Behan drank heavily from a young age and once described himself as ‘a drinker with a writing problem’.

The Wild Rover is a classic Irish drinking song that was written about temperance – how ironic. It’s all about a son who is living a wayward life, spending all of his money on beer and whiskey. He always promises to giveup his Irish rover ways and repent, but never does.

There isn’t a source for where this song comes from. Some claims say it is over 400 years old. There are more recent versions of this wild Irish song that date to the mid-1800s. The Dubliners did a version of the song which is the most popular and was released in 1964.

What’s more traditional for an Irish song than one that’s about a man who has been led astray by a woman. The Black Velvet Band wrote this song and the man in question ends up as a prisoner in van Diemen’s Land which is in Tasmania.

The Dubliners did a version of this one again in 1967. It’s set in a town in Ireland called Belfast but many artists who cover the song change the location to suit their own audiences.

It’s another Irish song that has no writer which seems to be a common theme with these tracks. Despite it not having an artist behind it, it’s still an incredibly popular folk song. It a stalwart for Irish pubs if you ever visit any drinking establishments.

8. The Town I Loved So Well

Phil Coulter wrote the song The Two I Loved So Well about his life in Derry which is located in Northern Ireland. He had a simple childhood from what the song says, and went on to look for his wife and family. Once this happens his beloved Derry turns into bombed bars and armoured cars which probably reflects the terrorist acts happening in Ireland. The message at the end is one of hope.

The song is very emotive and will speak out to anyone who lived through what the Irish refer to as the Troubles.

Phil Colclough is an English folk singer who wrote Song for Ireland after a drip to the Dingle Peninsula. In his song he captures just how magical and perfect parts of Ireland can be. If you ever find yourself wanting to go on a Vagabond tour, this is the ideal soundtrack. It refers to a lot of the popular sites that sit on the Wild Atlantic Way. You’ll hear about the Dingle beach and the Black Head in the Burren from the lyrics.

Finishing off our list is Danny Boy which is probably the most famous Irish songs that is known all over the world. The history of the song is a little bit complicated though.

Danny boy was first made famous during the First World War and was sung by Elsie Griffin. However, it also has roots in the Siege of Derry which happened in 1690. When the song first came about the tune was originally called Londonderry Air or Derry Air. Some then went on to connect it to a seventeenth century Irish harpist called Rory Dall O’Cahan.

The most surprising thing about Danny Boy is that the lyrics were actually written by an English barrister. Frederick Edward Weatherly was a songwriter and penned the song in 1912. No matter what its wild Irish beginnings are, the song is immediately identifiable as Irish, especially globally.

That concludes our list of easy Irish songs on guitar. While there are many other popular songs such as Nancy Spain, Flogging Molly and Only Our Rivers, we have listed the simplest ones which are ideal for beginners. We hope you enjoy exploring Irish music further and make sure to leave a comment below.

What is the most beautiful Irish song?

What is the oldest Irish song ever written?

The oldest Irish song on record is called Dinnseanchas and it was written in the 544.