Fans will Love these 5 Easy One Direction Songs on Guitar 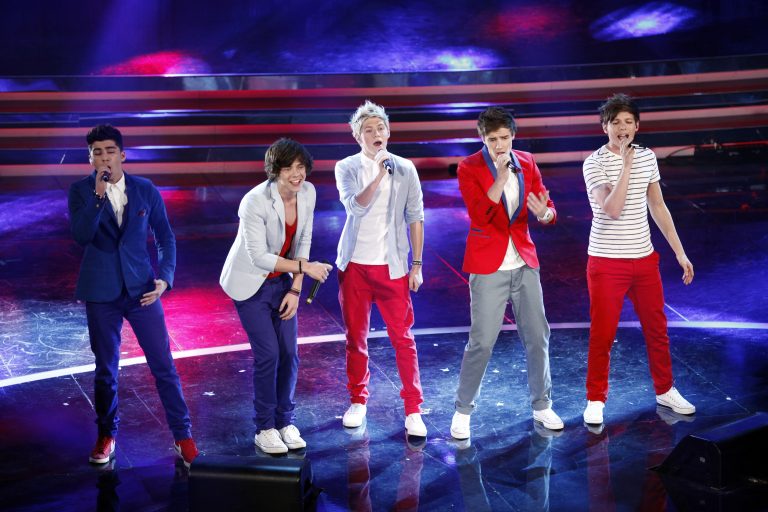 One Direction were a hugely popular band all over the world and teeny boppers these days still love their music. They’re relatable for the younger generation and they sum up what the stereotypical boy band should be about. We have chosen these easy picking songs from One Direction so you can learn how to play along with the band. Read on to find out more about each of these tracks, and how you can play them with video tutorials included.

Drag Me Down was a song that was recorded in 2015 and was part of the band’s fifth studio album titled Made in the AM. Fans of the band will know that Zayn Malik left in 2015, and this was the first single that they release after his departure.

The track hit the top of the charts in many countries including the UK, France, Australia and New Zealand. It was massively successful for the band all over the world, showing that they didn’t need Mailk to continue to be successful. It was included on the Billboard Hot 100 chart at number three and won the Best Video Award at the Brit Awards in 2016.

You can find all of the One Direction chords used in the tutorial which we are including below.

When interviewed about the song Perfect, One Direction all cited different aspects and meanings of what the song is all about. Even though the band were a little confused, you won’t be because it’s played in the key of D major and has a tempo of 100 BPM.

The producer and writer for the band, Julian Bunetta, said writing this track was difficult for him. This was due to him having to write while the band toured around the world in their On the Road Again tour which happened in 2015. When the song was finished, Bunetta said that the track was a jam that he enjoyed playing in his car.

Now put your hands up! One of the more popular songs released by the band is Story of My Life. It was written by the band along with their producer Julian Bunetta, John Ryan and Jamie Scott. Originally released under the labels Syco Music and Columbia Records in 2013, this was the second single to come from the album Midnight Memories – the band’s third album.

The lyrics speak to you as they detail being in a tumultuous relationship. In the end it leads to bad feelings and eventually heartbreak. Find out the One Direction chords for probably their best song in their catalog using the video below.

Once again One Direction teamed up with their producers and songwriters to write Night Changes. All of the production was done by Ryan and Bunetta. Originally released in 2014, it was the final single to be released from the album Four which was the band’s fourth album. Interestingly, only two singles were released from this album.

The music video for the track would be the last one featuring Malik before he left the band. He announced he would be leaving after the single Clouds was released which was the other song to be featured from the album.

5. What Makes You Beautiful

When this song first hit the airwaves it immediately became a commercial success for the band and catapulted them to worldwide fame. It reached number one in several countries around the world. Since its release it has been certified as a quadruple platinum single in the USA, with 4.8 million copies sold.

In 2012 What Makes You Beautiful won British Single of the Year from the Brit Awards and was a sound success with many music critics. They cited that the track appealed to a teenage audience and was indicative of mainstream pop sensibilities.

That’s all for our list of One Direction chords and songs that you can easily play on your guitar. If we haven’t listed your best song from the band, make sure to reach out to us. For anyone who is a fan of pop we have a lot of different guitar guides here on our website which give you easy songs to learn from this genre. Make sure to check them out.

What is the easiest One Direction song to play on guitar?

We’ve listed all of the easiest One Direction songs you can on your guitar in our guide above. To find the best song for you as a beginner, read through the list and choose your favorite.